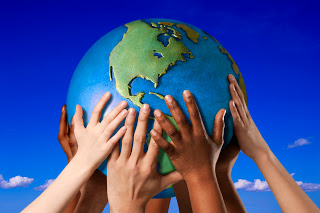 The thought of World Peace… for many, has probably been at the top of their wish list, if they were ever given three wishes. Unfortunately this goal, under current circumstances, many seem like it is beyond reach and completely unattainable.

I can assure you that this goal of World Peace IS attainable. But it is a slow… transformative process that is going to have to take place at the core of our very being. And, it will HAVE to address issues revolving around the beginning of the human phenomena. It will be the establishing of common ground and a full understanding of our human origins that will unite the masses to bring about a global harmony.

Although culture is a very special process, unique to many individual groups… it is culture that divides us all. At some point, all cultures will have to merge into one single human culture. There will be many who will cling to the past, expressing their pride toward the style, or “culture” in which they were brought up. To honor these cultures of our past, there could be special days set aside to emulate them.

In today computer era, we have access to more information than ever before in publicly recorded human history. It was this access, and an open mind that allowed me to form a comprehensive account of our human origins, and the many events surrounding it. In my novel “Myth: The Origin of Man”, so many of the issues still effecting our behavior that have been buried in the past are brought to light.

Former US President, Ronald Regan had once mentioned to Congress that it would take an invasion from outer space to unite the world, but this eminent “invasion” may not occur in a hostile manner, if ever for that matter. More realistically… this “alien invasion” will be of a literary nature… designed to inform us of our ancestral heritage and unite the human race.