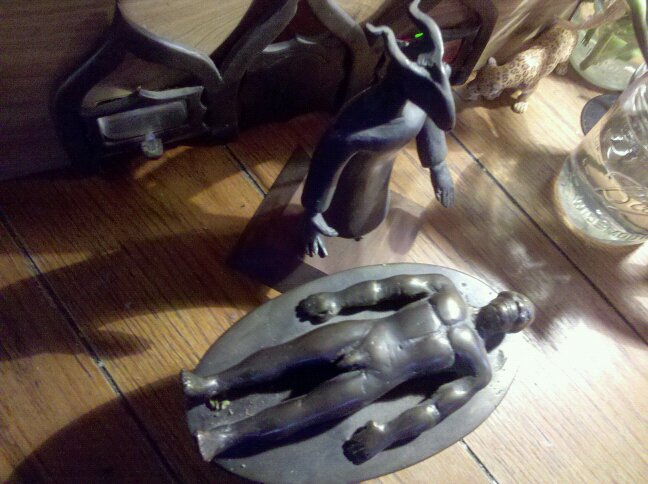 The Creator of the Human Design. A Female Scientist Named – Ninmah

It has been understood by many that the Anunaki Prince – Lord Enki, had created mankind to produce a race of workers to ease the hardships of mining gold out of South Africa. But, did you know… that Enki was only the head of the team of three Anunaki scientists who were involved with the project.

The full team had consisted of Lord Enki, his sister Lady Ninmah… and his son Ningishzida. In truth, it was Enki’s sister – Lady Ninmah who was the chief engineer of the project, and it was her unique genetic design they had ultimately decided to utilize to create the Human race.

The female Anunaki – from the planet Rizq, in the cradle orbit of Sirius B… are said to be very bird like in their appearance… with large horns, while the men are portrayed as having more of a lizard like, reptilian appearance. The images of males are abundant within books and over the internet, but images of Anunaki females are almost non-existent.

It seems that it is only on entrance ways of certain cathedrals, and within the visionary reference of a select few that any images of the female Anunaki have been depicted. At the top of the front entry of the St. John’s Gothic Cathedral near my house there is a Lizardman statue on the upper left side, and a Birdlady on the right… and they seem very out of place. Although the male statue’s body appears to be presented in a very literal fashion, the female to its right is portrayed a little more symbolically, with its bird like body and cloaked bird head.

Another unsung hero of the team is Enki’s son Ningishzida… better known to many as – Thoth. He was a highly skilled member of the medical team and a key component in monitoring and caring for the many experiments that passed the tables of their Anunaki laboratories… even before the Humans had been created.

In the end, it was Ninmah’s ingenuity and skill that had created the Lulu worker… half mammal, half reptile. And it was her brilliance, that discovered and developed the purely mammalian, Human design. Her place has been lost within the annals of history… and it’s time to recognize… shout it out… and give her props. Bless you my Lady~