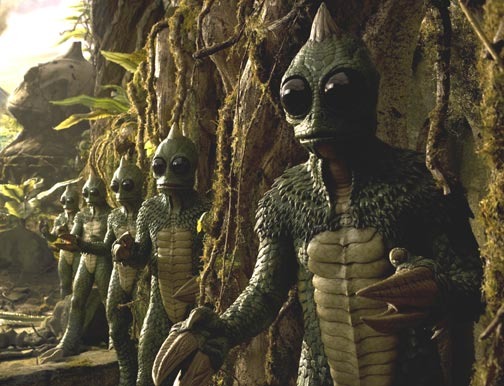 The Lulu – A New Worker is Created

“We are very close to having our Worker being,” Enki announced  to his team. “We must consider all the steps that have been taken so far,” he glanced over at his sister, “During the process, there was one thing we never changed . . . we have always used the Earth   mammal’s wombs for our conceptions.”

Ninmah looked at him, bewildered. “What are you saying?”

“Perhaps it is an Anunaki womb that is required to truly create  a worker in our likeness.” There was silence in the laboratory. Until  now, the idea had been unheard of and never really considered.

They all stared silently at each other, wondering what the other  was thinking. After some consideration, Ninmah agreed that Enki’s point was  indeed valid. “Perhaps the admixture is in the wrong womb, but   what Anunaki female would offer her womb freely to this kind of experiment? What if the child they would be carrying turns out to  be some kind of hideous monster?” Ninmah asked him with a slight  tremble in her voice.

“I could ask my wife Ninki to carry the child,” Enki said. “I will   summon her to Ebineru and we can present our plan to her.” He  reached over to touch the panel that would make the call and Ninmah put her hand on his shoulder. “No! No! These formulas are my design. The rewards and the dangers should be mine alone. I will provide the womb and accept   fate, whatever the outcome.”

Enki bowed his head. “So be it,” he said softly.

Working together, they created the new admixture of Rizqian  sperm and introduced it to the Australopithecus egg. When it was  ready, Enki gently placed the fertilized egg inside of Ninmah, and a successful conception was achieved, but no one knew how long   the pregnancy would actually last. In the end, it did take longer  than the usual nine months for maturation and there were some  legitimate concerns raised. Everything was fine though, and in time Ninmah gave birth to a healthy male child. As Enki held the infant   in his hands, he found it to be an image of perfection, and when he  slapped it on the rear end, he was quite satisfied to hear that it  made the proper sounds that they were hoping for.

He handed Ninmah the child and she held it up, “We have done   it!” she cried out. When she held the baby to her breast to suckle,  she felt a well-deserved sense of pride in her accomplishment.

As Ningishzida examined the child, he was quite pleased with  their most recent creation as well. “It appears. . . that we have  attained perfection at last,” he said with confident elation.

The child had a soft-scaled skin like the Anunaki, and when  Enki saw Ninmah with the child, he saw them as a mother and a  son, not a mother and a creature. “What will you call this being?” he asked her.

A team of surrogates were brought from Rizq, and in time, a workforce of 300 Lulu was birthed.

Enki and his team took the two original Lulu from the Abzu to Eridu, where they were put into a special enclosure and allowed to roam freely. Anunaki elite and crew members from every outpost came to see the new beings that Enki and his team had created.

Since the day they had started, Enlil had never been pleased with the experiment but that displeasure was diminished when he gazed upon the Lulu children. Ninutra came and so did Ninlil. From the way station on Mars, Enki’s son Marduk came to see the new beings and the Igigi who shuttle gold to Mars also came to see the new creatures as well and they all were completely in awe of the Lulu.

“You have done it,” they were all saying to the team. “You have fashioned a Primitive Worker… our days of toil on Earth have ended!”