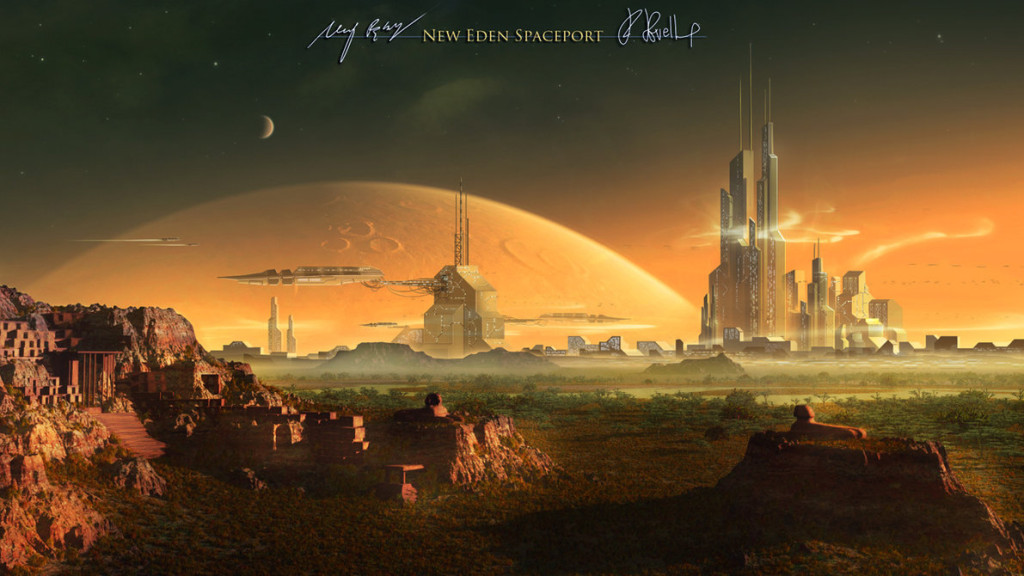 Edin was a Spaceport – by Aaron Steiner

Nearly everyone has heard of the Bibles Garden of Eden… but did you know that it really existed? I was a little surprised myself to find that it was a real place, known as – Edin. When I realized that Edin was the main outpost established by the Anunaki here on Earth, it all began to make sense to me.

When the Anunaki originally came here from Rizq (a planet in the cradle orbit of Sirius B), they established an outpost in the Persian Gulf named Eridu, meaning – “Home in the Far Away”. It was after they chose to expand their outpost here on Earth, that their operation was enlarged and upscaled to an Edin, meaning – “Home of the Righteous Ones”.

The new Estate of Edin covered much more area and was also a massive, enclosed habitat as well as a spaceport. The Anunaki had then brought plants and animals of many varieties to Earth to facilitate a number of the maladies they had encountered by being stationed here on this alien world.

In the end the Humans were removed from the gardens of Edin and sent to a breeding camp called Nod, in South Africa/The Abzu. There the Anunaki bread the Humans to replace their genetically designed Lulu workforce (who were unfortunately incapable of breeding), that they had created earlier to mine the Abzu gold operations.