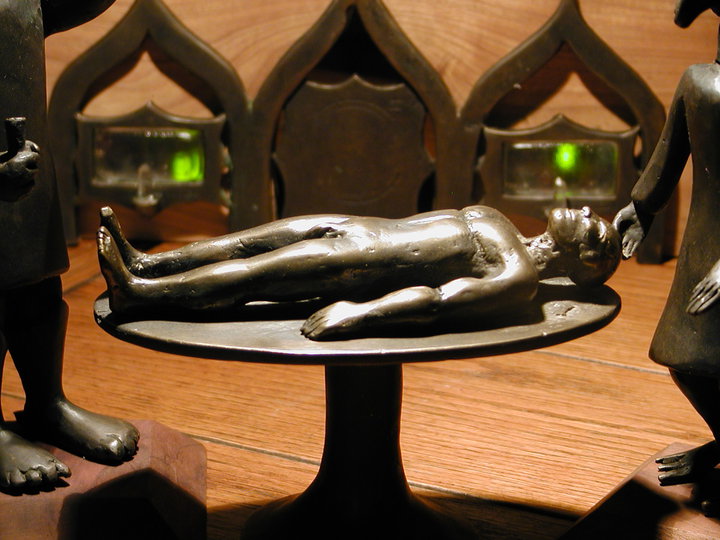 Growing up on planet Earth, it has always perplexed me on how much different Human Being were in comparison to every single form of animal life on the planet we share it with (if you could actually call it “sharing”). But, as of late… I’ve come to find that the reason humans seem so alien to this world… is because we had been scientifically created here by an outside alien force known as – the Anunaki, only some 26,000 years ago.

These creator beings can be traced to the planet Rizq – a planet within the cradle orbit of the tri-nary star Sirius B… a system located only seven suns away. They apparently came here to mine gold out of South Africa in order to save their planets atmospheres. No longer able to sustain a Rizqian workforce within their Earth operation, genetically designing a substitute workforce was to be the final solution.

Now, it is very likely that beings capable of interstellar travel would all be aware of a Universal type “Prime Directive” that entails the philosophy of – non interference in the natural development of indigenous life on other worlds… the reasons being that the results are most always invariably disastrous.

But, taking in the grave nature of their home world’s situation and its desperate need for gold… this philosophy was consciously abandoned by the Rizqian Command.

It was after a series of quite graphic and gruesome experiments, the Anunaki Science Team had ultimately come up an underground worker being that was a unique balance of their own reptilian DNA, and mammal genetics they obtained from the planets most evolved primate – Australopithecus. The being looked reptilian in appearance, but it had the mammalian benefits of being warm blooded.

This creature was known as Lulu and they effectively alleviated the hardships within the mines, until their life spans ran short… and they, like all of the other experiments before them, had unfortunately been incapable of reproduction. A substitute workforce was going to have to be designed once again… forcing them to delve even deeper into the slippery realm of natural violation.

How they had acquired the highly advanced, thought to be extinct, Lyrian DNA to add to their equation to come up with the Human design was a bit of a mystery to me at first. But then it had dawned on me that there were ancient pyramids on Mars… and they could have easily been the source of this rare and ancient DNA, because the Lyrians were known to have escaped to Mars eons ago while evading the Draco who were bent on destroying them.

As for us, it is most likely that, because the human creature has had its energy field so severely dampened… that its impact upon the natural Earth environment has been so devastating as of late. As advanced beings who were accessing our true nature, I am certain that Humans would have much less of a negative impact on the Earth and its natural inhabitants, and more of a positive one.

We Humans do have the ability of making sure our creation does not turn out invariably disastrous… even though we do seem to be a bit of a breach in this Universal Prime Directive. That is simply, because we… are a very special and unique creation. So, good work Anunaki Science Team… I have a lot of faith in the design. And… Thank You!!!