Who Were the Gods

Throughout Mans history, most all cultures have had their versions of Gods and Deities in some form or another. In following the threads of history, it becomes apparent that the Gods of most all cultures were derived from the same basic characters that played a significant role in the design and creation of the human race.

These characters were known as the Anunaki by the oldest culture in our recorded history, the Sumerians, and it was this handful of advanced reptilian beings that many of the Gods throughout human history were derived… including a few of our own!

The Anunaki come from a planet known as Rizq, within the cradle orbit of the star Sirius B, in search of gold to save their world. In time, they ultimately created the human race to alleviate the harsh burdens of mining here on Earth.

The list of players is pretty basic… you have the King of Rizq – Lord Anu. His oldest son – Lord Ea or “Enki”, the younger brother Lord Enlil, their sister Lady Ninmah, Enki’s sons Ningishzida and Marduk, and Enlil’s son Ninutra. 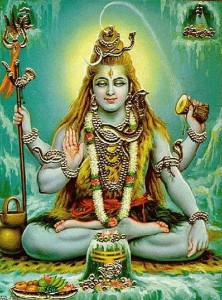 Over time and the effects of the diversity of culture, these characters have all been given new names to fit the aesthetic of the time and place of their conceptualization. The list of who these beings have been within the many cultures of our past is an extensive one, so here is a basic outline…

The reptilian prince who masterminded the idea of a genetically designed alternative workforce was Lord Enki. He was second in command and has been known in human history as the Egyptian God Ptah, and in modern folklore he is known as the one they call YWHW… or Jehovah.

Enki’s sister Ninmah, whose ingenuity actually constructed the human design, has become known as a number of different creation goddesses throughout our history… the Virgin Mary being one of the most recent.

Lord Enki’s son Ningishzida, was the one who helped Enki and Ninmah design the humans, and he was known as Thoth in ancient Egypt. Enki’s other son Marduk was in charge of many of the Earth operations and he became known as Ra in the ancient Egyptian lore.

It was Enki’s younger brother Enlil who was in charge of the Earth operations of Edin, and has been known as Baal in the ancient Semitic culture. His father the king, Lord Anu – became known Zeus in ancient Greek mythology.

Because of simple fact that the Anunaki elite are large, horned, reptilian beings… throughout human history, they have also on occasion have been characterized as Demons and Devils as well as Gods.

Now and again, these large reptilian beings would mate with humans and the resulting child would usually be given a high ruling position within the human cultures. Many of the Chinese Emperors actually claimed their ancestral lineage to Dragons, and the Mayan High Priest were known to work directly with them. 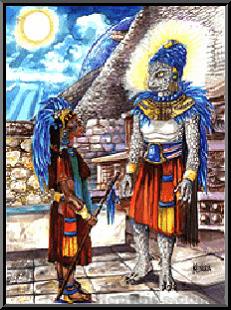 It seems that much of our authentic ancestral heritage has been glossed over and redefined over time to suit the needs of the ruling class. I feel that we as a people have come to a place in our development where we are ready to accept our extraterrestrial lineage and reconnect with who we truly are and where we stand in the universe. We have a proud off-world heritage… and I feel that we as humans, are truly mature enough to embrace it.