Paving the Way: A Tribute – by Aaron Steiner 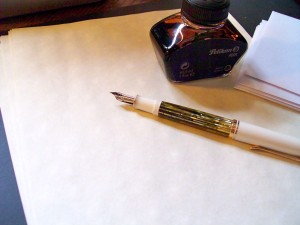 Growing up in a society where it’s a mystery as to where we as humans come from can often be quite perplexing for a young mind to grasp. The common answer to this ominous question has always either been the religious explanation that God had simply created us . . . and the evolutionist’s explanation that we had evolved from apes.

Personally, while growing up I was given the opportunity to choose for myself what I wanted to believe, so I was always leaning toward the evolutionist’s version of how we came to be. But even that didn’t seem to quite make sense to me. There seemed to be a missing link, so I simply stopped putting much thought into the question . . . even though deep down inside, it still seemed important to me.

As I grew older, I found myself seeking a higher knowledge . . . one that hadn’t been taught in schools. At the age of 24 had an awakening of sorts and soon found myself living in Hawaii where I gained access to all sorts of wonderful information about my energy and the energy of the world around us. There were many used book stores on Oahu and I bought copies on as many relevant topics as I could find.

It wasn’t until I came across a book called “Flying Serpents and Dragons” by Robert Boulay, that I really started to get a clear picture of what was really going on, and it concerned reptilian beings from another planet. . . and it was solely in relation to how we came to be as a species. It was then that many of the books I had been attracted to earlier began to make a lot more sense. Authors like Eric Von Daniken who wrote “Chariots of the Gods”, and Zacharia Sitchen’s – “The 12th Planet”, became the main focus of my studies.

And then . . . I discovered a very unique author named David Icke. David’s work seemed to fill in the gaps to what I understood and it was then that I found out much more about these reptilian beings known as the Anunnaki. His work was unbiased and he didn’t seem afraid to share the information he had uncovered. He quickly became my favorite author for a time when I needed him most.

With an understanding of the reptilian nature of the Anunaki, the Sumerian tablets that Zacharia Sitchen had deciphered came into a whole new light for me. When I combined the Sumerian text with the stories preserved in the ancient Lilith cults, I was able to see a very clear picture as to where we came from as well as many of the details of what had happened between “us and “them”.

Surprisingly . . . many of the details, although highly distorted, were preserved within many of the religious texts throughout the world. This is so because much our information was most likely gleaned from the same source, the ancient Sumerian texts. But, due to a lack of technology within these cultures of the past, much of the account had been misinterpreted.

Thanks to authors like Robert Boulay, Zacaria Sitchen, Eric Von Daniken, and David Icke, a path to understanding the history of who we are and where we came from can be taken without getting lost along the way. And for this, I would personally like to say – “Thank You!”

3 thoughts on “Paving the Way”